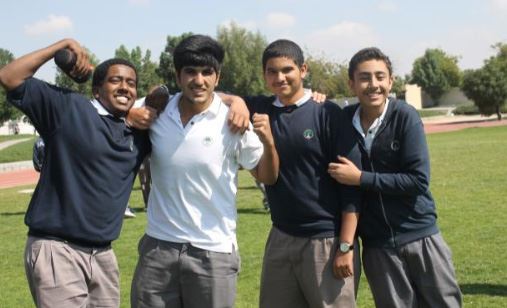 One of the many things our students pride themselves for is being able to create amusing, diverting events in a spur of the moment decision. One of these so-called events this year was the tug of war. An army of lively juniors and seniors gathered around the track field for this sportive distraction from their typical lunch break. The game was invigorating, and the students were in very high, boisterous spirits. Even some passing sixth graders witnessed the fun, and decided to join in on the action. What with being momentarily airborne (which occurred often in the losing team), the thrill of the game, the rush of adrenaline, and peacefully lounging on the grass afterwards, there was a lot of laughter put in for good measure. The students commemorated the event with plenty of cheers and high-fives. An afternoon-well spent, definitely.